Artificial Intelligence in Coaching and the Job Market

In more and more jobs AI will perform better than humans, without necessarily replacing them…

Rapid improvements in technology can be life changing. For others it is job changing! Christa Ilieva takes an indepth look at the latest developments in chatbots and artificial intelligence and how these technologies are impacting coaching and employment. 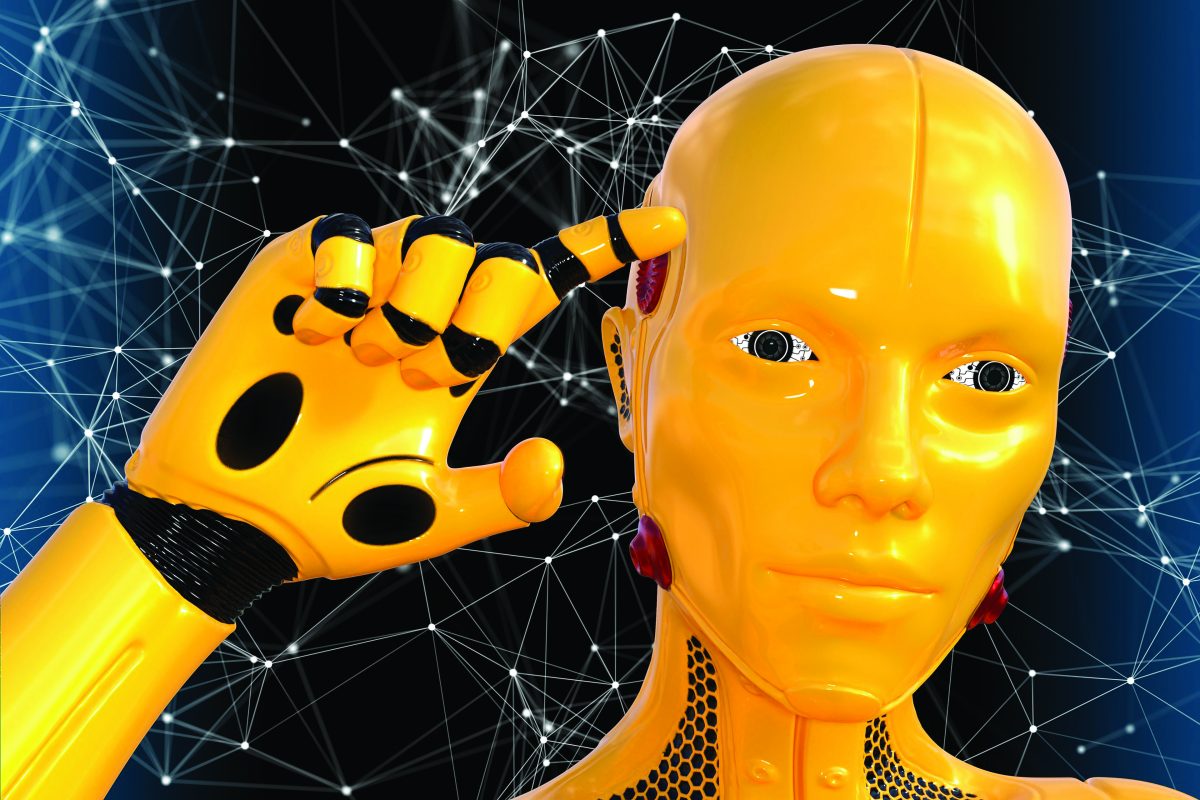 What is Artificial Intelligence and Internet of Things and what would be the possible impact?

One of the widely used definitions of Artificial Intelligence (AI), sometimes called machine intelligence, is intelligence demonstrated by machines, in contrast to the natural intelligence displayed by humans and animals.

The Internet of Things (IoT), is a system of interrelated computing devices, mechanical and digital machines, objects, animals or people that are provided with unique identifiers (UIDs) and the ability to transfer data over a network without requiring human-to-human or human-to-computer interaction. With IoT proliferation in daily life, the virtual and material worlds would merge and every domain of society will be touched.

AI and IoT bring and will bring many positive developments, as liberating people from difficult jobs, shortening working times and improving health. At the same time the rapid introduction of new technologies and AI in all areas of life, raises also questions:

AI has already an impact on almost all segments of the job market (farming, transports, manufacturing, customer services, medical care, schools, hotels, banking and stock exchange). Many concrete examples can be given about companies using AI: Uber, Marriot, Bank of America, Pizza Hut, Nestle, Walmart, Amazon, Tesla, Shiseido, Adidas, ING, Zara, numerous industries in China and Japan. In 2018 JP Morgan introduced software that replaced 360.000 “man hours” with processes that take only a few seconds. Digital technologies produce cars, drones, smart homes and even viruses. In more and more jobs AI will perform better than humans, without necessarily replacing them though.

The nature of the remaining jobs will change considerably, impacting the social integration of people, who will need to adapt to new requirements in an increasingly complex job market.

According to a study of the University of Oxford from 2013 (Fey and Osborne), 47% of employment in US will be at risk by 2034 due to automation.

The McKinsey report from 2018 on the future of jobs estimates that “Automation and AI will lift productivity and economic growth, but millions of people world-wide may need to switch occupations or upgrade skills…”. The reports adds that “We estimate that between 400 million and 800 million individuals (one fifth of global work force) could be displaced by automation and need to find new jobs by 2030 around the world…“. It also says that “A larger challenge will be ensuring that workers have the skills and support needed to transition to new jobs…”, concluding that “75 million to 375 million may need to switch occupational categories and learn new skills.” Unavoidably, such profound changes on the labour market will start trickling down to the coaching profession and coaching clients.

AI coaches could theoretically understand more quickly the needs of a coachee thanks to data.

What can the coaching community do in this VUCA (volatile, uncertain, complex and ambiguous) context?

The International Coach Federation (ICF) defines coaching as “Partnering with clients in a thought-provoking and creative process that inspires them to maximize their personal and professional potential”. This is completely aligned with the huge needs that will arise from the fundamental changes that AI is expected to produce on the job market.

EMCC and ICF could start a reflexion on how the coaching profession could adapt best to these changes and use it as an opportunity to popularise further the use of coaching as a tool of transformation and change adaptation. Moreover, coaches – on the basis of their closeness to executives and human resources in companies, but also to people in all spheres of society- could give valuable feedback and make proposals. Industries and governments could also be included in this reflection process. The aim of the feedback and proposals would be to facilitate the training and integration process of the clients left behind by the introduction of AI, reorienting them to new career paths.

One ICF initiative, that had already taken place was launched by ICF France in 2018 entitled “Will AI be the coach of tomorrow?“ and it raised the question on how to link artificial intelligence with emotional intelligence.

A very important role of the coaching profession would be to raise awareness about the importance of this topic, and the timely and adequate preparation for these large scale and quick changes, as the responsibility for the success of this transformation cannot be left only to the individual. Coaches can play a very important proactive role with proposals to integrate coaching ex-ante in the process of AI transformation of human societies, in order to be next to the people in periods of time when their support will be most needed.

The coaching profession cannot exist independently from people and coaching thrives on changes in the world. Some new coaching approaches and tools in an AI-transformed human society include and might include among others:

Coaching and training support based on AI:

Coaching sessions in different configurations with the participation of :

New elements in training and accreditation for coaches: 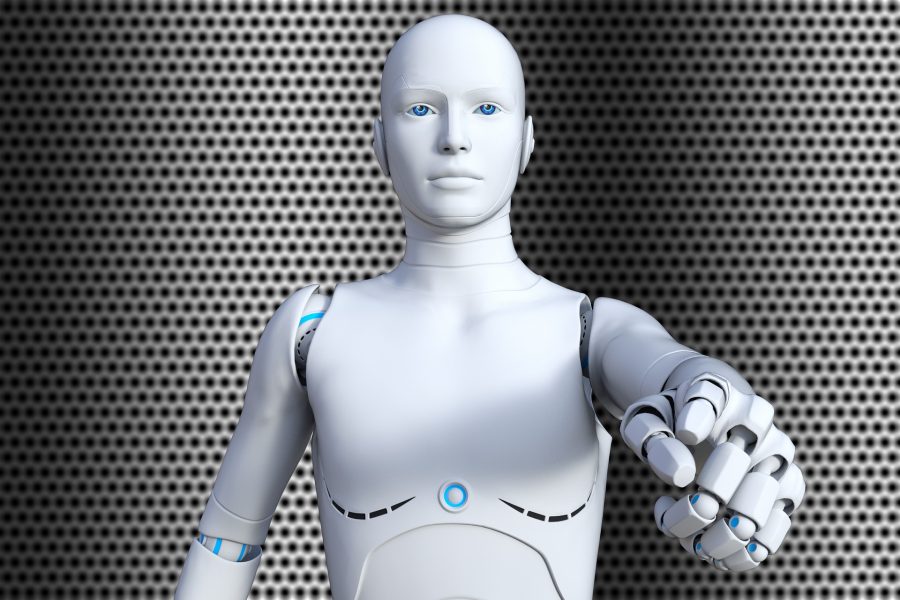 One of the big differences between AI and human intelligence is the process of thinking and mind awareness. In 2018, the author of this article visited the exhibition “Artists robots”  in Paris (https://www.grandpalais.fr/fr/evenement/artistes-robots), and the impression was that though the artistic works often approached what human artists do in terms of techniques and artistic creativity, the process was different, and this was reflected in the end result. Artist robots combined easily in new ways (there was 20% liberty of expression given to the artist-robots) all kinds of artistic elements, which is one of the essential traits of creativity, On the other hand exactly this feature of not having emotional taboos (for example disintegrating completely a human face or creating difficult to support sounds only from algorithms) gave the author an uneasy feeling of meeting an alien intelligence. Emotions and emotional intelligence are based on thousands years of biological evolution to go in pair with cognitive intelligence. As the process affects the end result, it will be difficult to imagine that an AI coach will give the same results as a human coach.

The more functions humans delegate to AI and robots, the more the difference in process might influence the end results. Different end results in coaching should not be a bad thing, as long as they help people to develop to reach their highest reaching goal.

The doubling every two years of computer power, data, and funding will bring an exponential introduction of AI, not to mention the possibility of quantum computers joining forces with AI.

Besides the criteria about technical security, there should be also taken into account the general impact on people and society of the mass introduction of AI. What will be the impact on psychology and public health of collaboration between humans and AI?

ICF, EMCC and the coaching community should proactively contact industries and respective government authorities so that the coaching profession be integrated in this unprecedented transformation of the job market from the very beginning: by coaching employees to orient themselves to new professions, jobs and occupations, by contributing to training programmes, by coaching on the new relations between humans and AI, using the whole palette of present and future coaching approaches and tools to help develop the full potential of people.

Christa Ilieva is economist and holds a Master in International economic relations. She has experience in this field in different environments: private and public sectors and NGOs in several EU countries. Christa is graduate of the Kingstown college Advanced Diploma in Personal, Leadership and Executive Coaching and pursues with passion her coaching practice. She has also hosted solo and collective painting exhibitions. Christa has participated in brainstorming conferences and platforms on the impact of New Technologies and Artificial intelligence on society.

The 5 States of Team Success
We use cookies to ensure that we give you the best experience on our website. If you continue to use this site we will assume that you are happy with it.OKPrivacy policy
Scroll to top