You are here: Home1 / Blog2 / Blog3 / Productivity: Why Clarity is Essential for Team Performance

Productivity: Why Clarity is Essential for Team Performance

Clarity is often overlooked by leaders as the missing element in the better performance of a team. From the defining of team purpose, to assignment of roles and responsibilities, Productivity Coach Ciara Conlon explains how, as leaders, we may not be communicating as effectively as we believe. 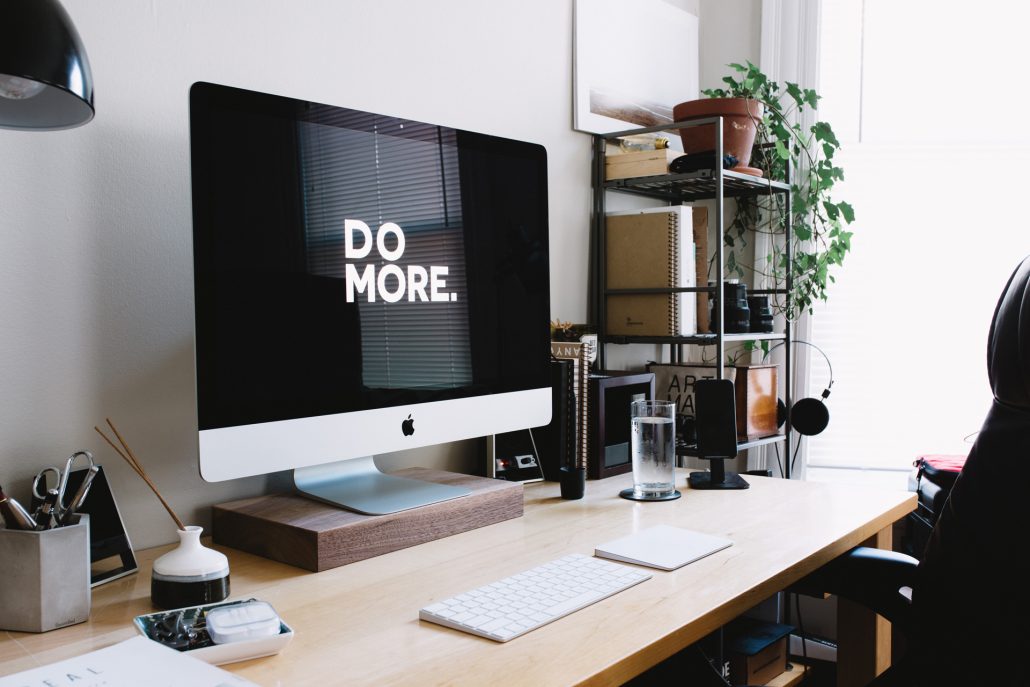 In all areas of life, clarity plays an essential role. Ambiguity, its enemy, causes us to procrastinate, doubt our decisions and pause when we should act. If our lives are littered with vague plans and half baked ideas, how will we reach our destination – known or unknown.

In my experience working with teams, lack of clarity is one of the chief sources of dysfunctional and poor performance.

The problem of ambiguity has become a plague that has infected the working world as well as our personal lives. One of the contributing factors is the data overload we suffer from. The digital world bombards us with information and we cannot possibly consume all of it. Trying to decide what’s important and what’s not is a daily challenge.  Often communication is unclear and meaning misinterpreted. In my experience working with teams, lack of clarity is one of the chief sources of dysfunctional and poor performance.

Think back of a bad experience you have had working with a team. Most of us have experienced them, often leadership is to blame for that dysfunction or maybe it was a toxic working culture that didn’t prioritise people over profits. But what you will find when you dig a little deeper, whether the leader is to blame or the culture, is that the people lacked clarity around some area of their work responsibilities. Without clarity chaos ensues, engagement drops and you can be pretty sure that’s the fast track for losing top performers.

… often a leader thinks his team knows their purpose… But in the real world, often this communication is poor, failing to connect with the individuals of the team.

Hear are some of areas where clarity is essential for team performance.

Purpose: Why are we here?

Having a common and shared purpose motivates teams to work together, and the more compelling the purpose, the better. When a team is clear about why they exist and what their mission is, they are more likely to work more efficiently each day and in turn get better results. In November 1993 Pixar were in production of their first full length film, Toy Story. At the screening of the first half of the movie, the consensus was that the movie was terrible. Disney wanted to shut it down, but Pixar’s founder John Lasseter managed to agree to a two week reprieve. Pixar had two weeks to save both their movie and their company. What happened in those two weeks shifted the team into a higher gear. With a clear and compelling purpose the team was mobilised and energised to act, the cost of not succeeding too great. When a team is perfectly clear about what exactly they need to achieve and why, you will notice real engagement and focus towards achieving results. Take note that often a leader thinks his team knows their purpose, believing that it has been communicated many times and in different ways. But in the real world, often this communication is poor, failing to connect with the individuals of the team. For a purpose to relate to the team members it must have meaning for each person on that team.

Goals: How will we get there?

What are we trying to achieve? In the Pixar case the goals were clear. For some teams goals are clear and obvious, leaders break them down into meaningful sub goals that can be measured and with their existing skills and resources are also attainable. Having a big goal in the future can be inspiring but if the roadmap is not drawn in detail, you increase your possibility of losing some passengers on route. To maintain motivation and momentum, teams need a shared roadmap, one that is visible and clear. When this roadmap is followed on a daily, weekly and monthly basis, communication and performance will improve. What it also does is ensure that there is accountability and transparency. Loss of motivation in teams can sometimes occur when the team has a slacker. A member of the team who is not held accountable for their actions, they may have once been a high performer but morale will fall for all involved is there is a member of the team not pulling their weight. There are times when for personal or other reasons a person’s performance suffers. This is when communication and togetherness is key. The rest of the team needs to be made aware that the poor performance is temporary and not gone unnoticed. A way to overcome and keep progress and commitments visible at all times is to use a team tool. A piece of software like Teamwork, Asana or Trello to help teams to keep track of what’s happening and ensure everyone is working on what they should be working on. 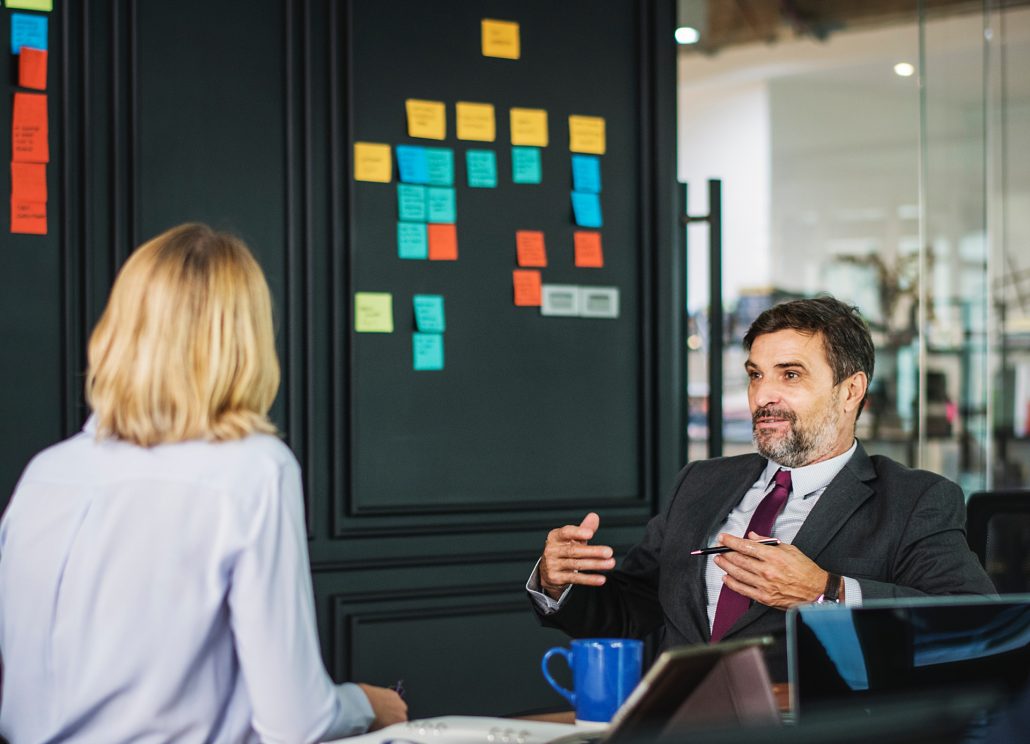 Roles: Is this what I was hired to do?

Are you doing the work you were hired to do? Possibly not, and that may not be a problem as many people are hired to do a certain role and the role evolves as time goes on. In small organisations this will inevitably happen with fewer employees, everyone will give a dig out when required. But it can cause issues between employees in both small and large organisations when responsibilities cross over roles and departments, and when some people feel they are doing more than the rest of their team.  How many times have you inherited work that you shouldn’t be doing? Are you still doing it? Is it the best use of your time? Could someone else be doing it that is paid less than you? These are the types of questions you need to ask yourself about your own role but also about each of your team members. The question is, is everybody playing to their strengths and doing what is best for both their career advancement and the organisation? What happens at times is that some employees are eager to please and happy to say yes to everything that comes their way or they may have a manager who is too accommodating to everyone else and dumps the load on his own team. Take some time to look at your role and the roles of those on your team, when roles and responsibilities are unclear, not only does productivity suffer but relationships can get damaged too.

It’s important to stop and look at your team’s recurring workflows.

Structures: How do things work around here?

Ever started a new role with no guidance? When you have to come up with your own ways of working, efficiency suffers. That’s not to say having autonomy is not good but with most roles, tried and tested processes can aid productivity and team collaboration. Many new team members are left to fend for themselves and figure out their own best practise, which rarely is. Many organisations lack systems and processes, they grow faster than they plan for and spend most of their time reacting to customer demand rather than planning and resourcing their future growth. It’s important to stop and look at your team’s recurring workflows. Decide on the best way to work and then create a process that everyone agrees on. For some roles check lists can be very helpful especially to new starters. Checklists can give them the confidence that they are completing their role to the standard required. It can also give the manager and the team confidence that standards are being met and no one is going to have to pick up the pieces. A lot of teams don’t have these procedures and processes or if they do they were written in isolation without the full consensus of the team and it now sits in a filing cabinet or on a shared drive somewhere. When you make processes and procedures living documents (check out process.st ) you ensure quality, efficiency and clarity.

Boundaries: How do we deal with issues?

What boundaries do you have in place? Are they agreed norms or written rules? How do we deal with conflict, poor performance or disrespect? The less ambiguity the less room for disagreement and dispute. Few teams spend time thinking about their norms. What is acceptable and what isn’t, when teams set these norms out in advance it helps the team members to get to know each other and understand what’s important to all members of the group. Having norms that are followed, won’t prevent disagreement but it will save time and increase trust in each other on the team. When people behave in a consistent way it encourages others to follow suit. Simple things like, we listen to each other when we speak can have a powerful effect on team moral and mutual respect.  When you are creating norms, keep it to a limited amount – 5 or 6 should be sufficient. You can start implementing them in phases: try two at a time, decide on what behaviours represent the new norm and encourage each other to practise them. Set up a system for how you will hold each other accountable. You could gamify it, losing lives for forgetting a norm. Whatever method you choose to use, make sure that if you take the time to create norms make sure to follow some process that will make them a living part of working on your team.

Clarity is a force that can propel your team into a new league. Spend some time observing your team to see that all processes and communication are clear and transparent and you will reap the rewards of a highly functional and high performing team.

Ciara Conlon is a Leadership and Productivity coach, author and international keynote speaker. Ciara Conlon Consulting works with organisations to help them develop leaders of the future. She has delivered her programmes in organisations such as Deloitte, KBC, Savills, The Central Bank and Smurfit Business School. She is a member of the Professional Speakers association in Ireland and is regularly hired to motivate senior leadership teams. Ciara has written two books on personal Productivity, her most recent Productivity for Dummies published by Wiley 2016. She is currently writing her third book on Habit Mastery. Ciara has a BA Economics and Politics, A Master’s degree in Business (Leadership, Management and Strategy and Innovation) Diplomas in Coaching, Organisational Psychology and Web Design. She is also a Microsoft Office Specialist and Evernote Certified Consultant.

Business Coaching: Building a Lasting Relationship with your Financial Part...
Scroll to top
We use cookies to ensure that we give you the best experience on our website. If you continue to use this site we will assume that you are happy with it.OKPrivacy policy